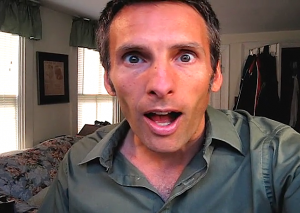 Tim Van Orden discussing a new study on the effect of zero calories sweeteners on the brain.

I’ve also decided to start a new video series which covers the latest breaking news in the world of nutrition. I’m calling it ‘Nutrition News’ 🙂

In this segment, I discuss a new study out of the University of California in San Diego that appeared in the Journal of Physiology and Behavior which looked at zero calorie sweeteners and their effects on the brain and weight gain.

If you are consuming diet soda or other zero calorie drinks, you could be setting yourself up for increased weight gain as your brain becomes rewired and craves even more calories throughout the day.