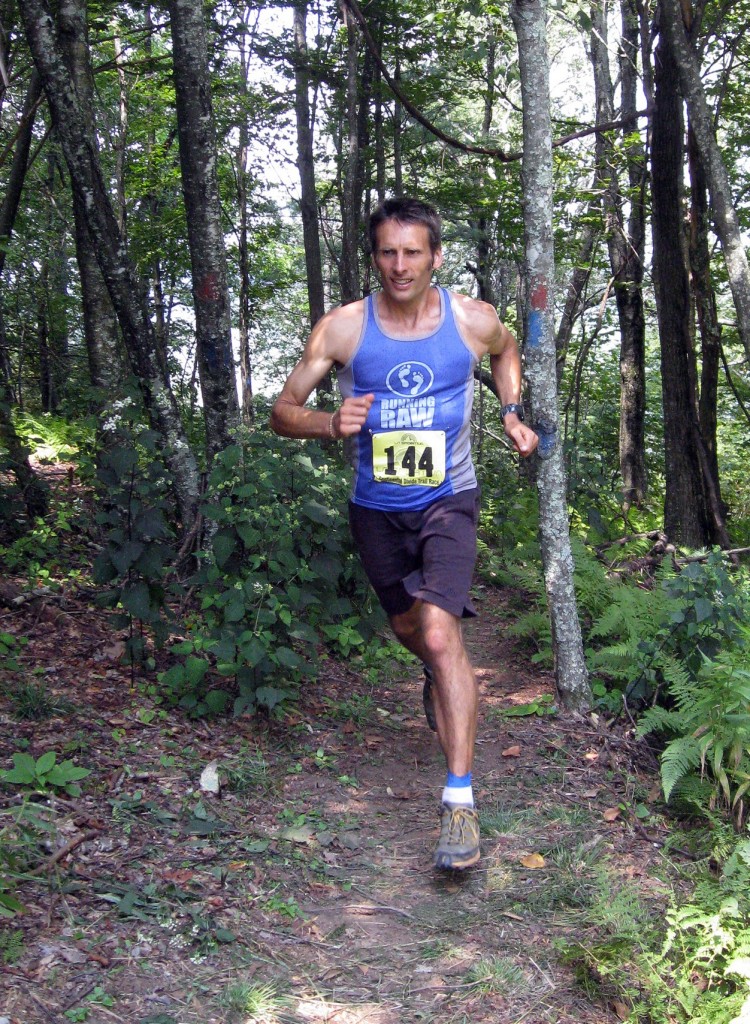 A very deep field of elite runners toed the line high atop a mountain in northern North Carolina to test their meddle on a very challenging course that included over 3,000 feet of elevation gain and loss. The men’s race was won by Raleigh North Carolina running star Bobby Mack. A member of the 2009 U.S. Cross Country Team, Mack ran to victory in a time of 41:59. “Bobby is a 4:00 miler and a sub 29:00 10k runner. I think he was really surprised by the toughness of the course.” Said race director Jason Bryant. The final half mile of the course consisted of a very steep 22% grade nicknamed “the rock climb”, which stood like a wall opposing runners trying to reach the finish line. Rounding out the top 5 in the men’s race were Ryan Woods 42:31, Ryan Moravec 44:22, Jared Scott 44:51 and Tim VanOrden 45:25.

The women’s race saw Gina Lucrezi of Southborough, MA win her first National Trail title in commanding fashion in a time of 52:04. Molly Nunn would finish nearly a minute and half later in 53:30. Third place went to Emily Potter 55:02, fourth went to 2010 U.S. 100 mile champion Annette Bednosky (who also won the Master’s title) 58:07. Rounding out the top 5 was Erin Reddan in 59:38.

In the Master’s race, 2009 10K Trail Champion and 2009 Master’s Mountain Runner of the Year, Andy Ames of Boulder, CO was back to defend his title. But 11 time U.S. Champion, Chad Newton of Brevard, NC (who had just turned 40) was looking to claim his first Master’s trail title. Both men would be disappointed as Tim VanOrden, coming off his U.S. Master’s 15k victory a month earlier in Spokane, outkicked Newton on the final hill to claim his second U.S. Master’s title. “When I saw that Andy and Chad were here, I immediately thought that I’d be lucky to be third Master” Said VanOrden. “These guys are legends” he added. When the gun went off, Newton jumped out ahead with Mack and the leaders but VanOrden went right after him. The pair swapped positions throughout the race but VanOrden’s final surge in the last 200 meters proved enough to seal the deal.

VanOrden hopes to keep his streak alive on September 18th at the XTERRA U.S. Trail Half Marathon Championships in Bend, Oregon.