A Conversation With Dara Dubinet 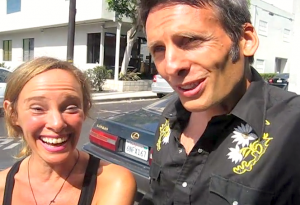 Dara Dubinet and Tim chat outside of Euphoria Loves Rawvolution

While in Santa Monica, California, I had a rare opportunity to hang out and have a chat with Dara Dubinet at Euphoria Loves Rawvolution. Dara is one of the most popular YouTube presenters in the raw food arena. She shares some great raw vegan recipes on her channel darabubinet.

In this chat, Dara and I talk about being gentle when making dietary choices and not forcing yourself to comply with a strict dietary dogma… and much, much more 🙂

One Response to A Conversation With Dara Dubinet