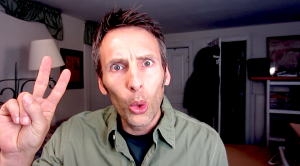 This year, resolve to make incremental changes instead of massive New Year’s Resolutions.

Do you have trouble keeping on course with your New Year’s Resolutions? Do you end up backsliding a few weeks into the new year?

So I’ve outlined my methods for making real changes, without the negative backlash.