SPOKANE, WA (August 2, 2010) – Tim VanOrden, of Bennington, VT ran away from the Master’s field to win his first national title by nearly two minutes over runner up Bret Kimple out of Portland, OR. The event being contested was the U.S. 15k Trail Running Championships in Spokane’s beautiful Riverside State Park. The Open and Master’s races were run together, with all Masters runners (Age 40+) wearing the number 40 on their backs, to allow racers to know who they were competing against. VanOrden’s time of 56:36 was good enough to earn him 6th place overall in the Open race in addition to his Master’s victory. 2008 Olympian and 5,000m specialist Ian Dobson racing for Oregon Track Club Elite out of Eugene, OR crossed the line first in a blistering time of 50:42. This was Dobson’s first national trail title which he can now add to his numerous track and road titles. In the women’s race, Julia Lucas (Dobson’s wife), also running for Oregon Track Club Elite, cruised to victory in 59:55 to win the women’s national title in her first trail race.

“It was really helpful to have the other masters runners wearing the ’40’ on their backs.” said VanOrden. “When we got through the first big, hilly section I didn’t see any more ’40s’ in front of me and that inspired me to go after the leaders.” He attributes his success in this race to the difficult terrain he trains on in Vermont. “This course was very tame compared to what I’m used to running on. In Vermont, almost every step is a dance around rocks, roots and mud, which really helped me on the more technical sections today.”

On August 28th, VanOrden will be back at it again in Laurel Springs, NC to compete in the U.S. 10k Trail Running Championships. 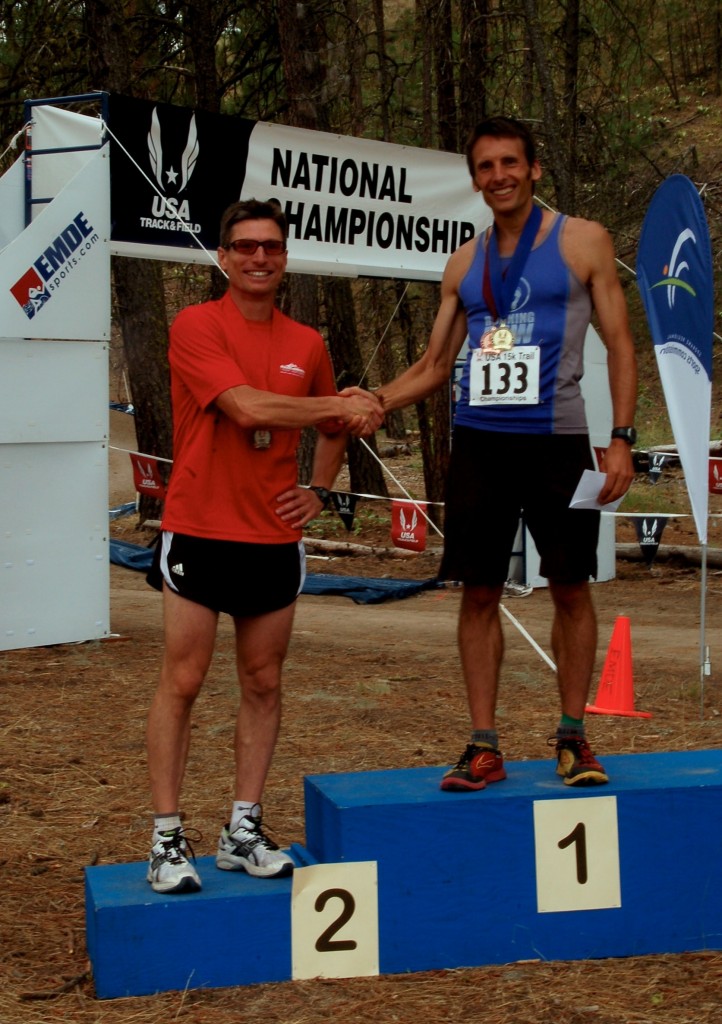